So Bella By Five came around. The fifth of our six race South By Five series. The Bellahouston Park course is a strange one for us, in that it is 100% tarmac. A wee hangover for when the series was designed with Alex at his previous role with The Run Bible.

However we loved the route, and know you guys do too, so we kept it. And what it lacks in mud, it makes up in hills!

Short sharp steep hills are rewarded by long sweeping downhills to maximise the return on your efforts. Throw the infamous Bellahouston steps in there too for a wee nod at the inspiration for the event, the South Side Six. Complete with a downhill, tree lined finish, and you can understand why we kept it in the series. Ultimately making the series truly ‘multi terrain’, and a stark contrast to the mud of Pollok Park. A relief for some…not all!

Bellahouston Harriers designated the event a club championship race, and so the start line was awash with navy blue and saltires. Thirty one Harriers toed the line; a couple of Bella Road Runners tucked in amongst the crowd, hiding incognito not a touch of BRR purple to be seen! 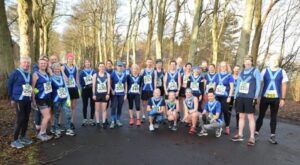 A couple of Harriers also shunned the club vest, and were suitable barracked by fellow Harrier, Gillian Glass, photographing from the sidelines. Will their times be allowed for their club championship? A scandal brewing surely! 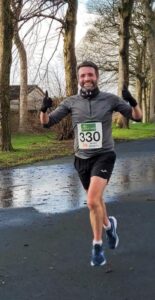 Not intimated by the sea of Saltires, series leader Colin Whitby (Garscube Harriers) charged off the start line, with Victor McGregor (Kilbarchan AAC), enjoying the tarmac, in close company. McGregor would later regret his rash getaway, ultimately being caught by a couple of Bella Harriers and Cambuslang guys. 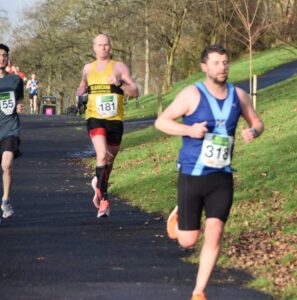 Whitby pushed off into the distance from the trailing Harriers, smashing the course record (18:06) to cross the line in 16:50!! Chasing Bella Harriers filled the podium, with Fraser Armstrong improving in both time and position from the previous Sx5 series to finish second in 17:44.

Fellow Bella Harrier, David Mackintosh had pushed Armstrong all the way, close on his heels in 17:47 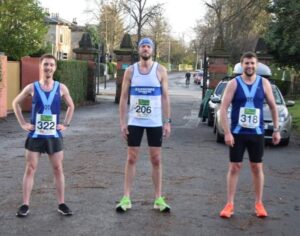 The ladies are swapping podium places with frequency. 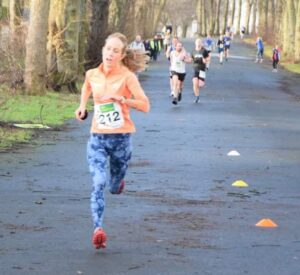 The Bella event saw Hannah Bayes triumph in 20.08 after a tough battle with Jenny Brown round the course who crossed the line in 20:30. Pollok Park winner Ellie Homewood, finishing in 20.57, clearly the hills at Bella did not have enough trail for this Westie! 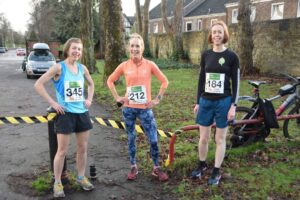 With the series results requiring the best five results from a possible six events, things are starting to come to a head. It complicates things when looking at the results, but if you’re feeling racey with those around you, just ‘remove’ their worst performance so far to work out where you stand.

Queens Park is next up on the 16th January.

Entries are still open on EntryCentral

We’re still hoping for an after do, but obviously depends on the current restrictions. We’ll follow the Scottish Government updates and keep you notified of the plans.

Race photos from  official photographer Kevin Queenan, and others on from Gillian Glass and Liz Deans on the Acorn Trails Pinboard