Romy is running with Colin…


Colin Thomas is running with Romy

It’s Monday lunchtime and I’m meeting Colin Thomas for a run and a chat. I was a bit worried about being able to keep up when I looked up his times – his 10K PB is under 33 minutes! But Colin is nice and keeps the pace easy. I’ve thought of some questions so in between catching my breath I throw them at him and try and let him to most of the talking – not an easy thing for me to do! 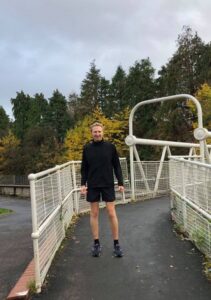 I often run at lunchtime during the week, especially in winter, but Colin usually trains in the morning or at night. I don’t ask the question, but I’m guessing that he runs in the morning and at night. Colin is a modest guy and I have the feeling that it’s not the sort of thing he would actually say.

As we leave Battlefield and head towards Pollok Park, we chat about Colin’s background, juggling his schedule as a coach and physiologist, and his first trip out to Kenya. But what I mainly want to pick his brains on is the benefits of having a coach.

Colin is currently working as Lead Physiologist for BMI Healthcare. He is also a sport scientist, a UKA Running coach, a personal trainer, and a tutor at the Institute of Sport – so he certainly knows what he’s talking about. When I ask him how he got into running, he tells me that he used to play football and do the occasional 10k run. ‘How long did it take you?’ I prod. Colin’s answer is: ‘Oh, around 35 minutes.’ I laugh in response.

The advantage of working with a coach rather than plodding along and making up your own thing or following a club’s programme is that the sessions you get from a coach are tailored to you as an athlete. A bespoke training plan takes into account your individual needs as a runner – maximising recovery if you need it, pushing harder in key sessions, and most importantly, making tweaks as you progress. With a coach, there should also be some face to face contact, so that the coach can monitor the runner, both from a physical movement point of view but also watch out for mood swings, which can be signs of overtraining.

A lot of runners ‘coach themselves’ but the difficulty here is being honest with yourself. It’s easy to do too many of your favourite sessions and skip the ones you find harder, when in fact you should be focusing on your weaknesses. 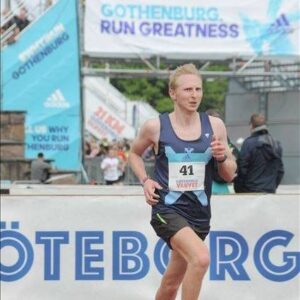 ‘What about following a club plan?’ I ask Colin. Having trained with a club I know how important it is to run in a group to push myself harder. Colin admits this is beneficial – he also writes plans for a number of Glasgow clubs like the Bellahouston Harriers and the West End Road Runners.

In many cases, running with a club or following a club’s planned sessions in your own time will lead to improvements. ‘But as a runner, if you follow a generic plan that hasn’t been tailored to you, you will never reach your true potential,’ Colin says. ‘The danger here is to blindly focus on the plan and not recognize signs of tiredness or overtraining.’

In fact, Colin believes that a runner shouldn’t follow a plan – instead the plan should follow the runner. This means that a plan should be adjusted to take your progress into account and push you on as an athlete. On the other hand, if you’ve been injured or go on holiday and miss training sessions, your bespoke plan will be adapted to allow for this.

Most runners looking for a coach have a specific goal, such as wanting to run their first 5k, get a sub-40min 10K, run a marathon, or complete an ultra-marathon. The job of the coach is to help the runner achieve that goal, but also to make sure that the goal is achievable. ‘I always think it’s important for a coach to be honest with the runner,’ Colin says. ‘If someone comes to me and says they want to run a sub-18 minute 5k and their current time is 30 minutes, I might need to readjust their goal and make it more realistic.’ 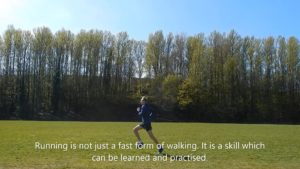 Running is not just a fast form of walking. It is a skill which can be learned and practised

Many runners’ goals are race-related. Given the current situation you might think this is not the best time to look for a coach. However, Colin says it’s actually the perfect time as it would allow you to work on weaknesses and build a training base. For example by focusing on strength and conditioning. ‘Every runner has improvements to be made in their running technique which can make them more efficient, more resilient to injury and ultimately an improved runner,’ Colin says. On the other hand, it’s not unrealistic to think that races will go ahead as normal in 2021 (Santa will bring a vaccine, won’t he?). So starting to work towards a goal now would give you enough time to make real progress.

When it comes to finding the right coach for you, it depends what distance or type of events you’re interested in – XC, road running, or ultras. Ask around for any runners doing these events and find out who they are getting coached by.

Ultimately, it’s important to find someone you get along with. So it’s a good idea to meet in person to get to know each other a bit. Colin’s advice on how to find a coach is to ‘look for somebody who understands you and knows how to bring the best out of you.’ Now I’m not sure how realistic a goal that is Colin… 😉

I ask Colin what his favourite thing about coaching is. He pauses slightly, then says: ‘In theory, it should be the moment when I sit on my couch at home, watch athletics on TV and see a runner I have coached perform well or even win.’ (Note: he has coached runners that appear on TV!) But he admits that he gets more of a sense of achievement when he sees an absolute beginner reach their goal, such as run their first 5k.

On the other hand, you need to have a thick skin and not take criticism too personally. One of the downsides of coaching, Colin admits, is if you look at social media, especially Instagram runners. ‘I see people posting about not wanting to do hard speed sessions or hill reps, and just wanting to do easy runs, but then blame you (the coach), if the PBs stop coming in. That’s frustrating. Of course you need to put some hard work in. Getting a coach isn’t enough to guarantee faster times – you need to take some responsibility as a runner, too.’

If you’re interested in becoming a coach, the first step would be to attend an accredited course such as UK Athletics Run Leader or Assistant Coach. Colin suggests starting off low key, taking a small group of people and working with them to learn. If you enjoy it, take it further. Colin is always happy to chat – you can contact him on Twitter or through his website.