I keep starting race reports with news on how time is flying! How can we be nearly halfway through April already? The good thing is that the quicker it flies, the sooner we’ll be restriction free and able to run trails wide and far! Virtual South By Five came and went in the blink of an eye! 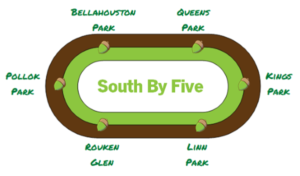 For March, in line with the then restrictions, we stayed at home except for exercise. And we encouraged you to not travel for our March virtual event, picking six parks in Glasgow for our local followers. There was some dismay from our runners further afield – we hope that those folk get their Acorn Trails fix from our Virtual John Muir Way, and then next month of course we have the Five For Fibro

The successful South By Five event was introduced to the running scene by Alex in the winter of 19/20. It was based on the iconic Glasgow race, the South Side Six.

Runners really took to the concept of finding their own 5km routes within the parks. The time of the year also lent itself to different underfoot conditions than those experience during the winter of a South By Five series. 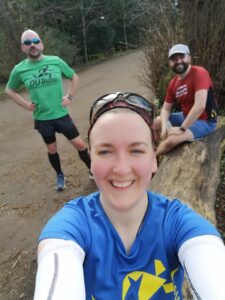 With various routes used within the parks came a variety of times. This is one of the reasons we decided not to produce a results table. Far too many variables from person to person, route to route. The aim of Virtual South By Five was to get out into the parks and enjoy your running, whilst managing the challenge of fitting all six parks within the month.

Although some runners chose speed, with some blistering fast times set. Rouken Glen was surprisingly the fastest of the parks, with Linn Park the slowest. I suspect Linn Park’s lack of speed maybe due to it being the least well known, and runners often had no idea where they were! Strava certainly showed some entrants taking some strange routes! 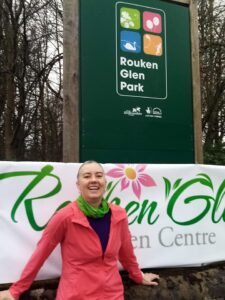 Other runners chose to test the endurance over their speed – one runner taking on all six parks in one day! As you can imagine park 6 was slower than park 1! Some feat. Well done to that runner.

We’re so pleased that the event attracted runners of all abilities, and hope you enjoyed taking part. Thank you for signing up and supporting Emma Cameron and SAMH. Other Acorn Trails events have supported these charities. Once we total the figures we’ll share them on social media. 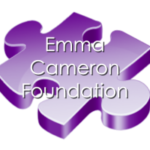 The event merchandise is on its way to us from the supplier. In an attempt to reduce packaging we’ve had them all sent to Acorn HQ. We will use this month’s Virtual John Muir Way to get out the door and hand deliver them to you all – handy that the event was Glasgow based!

Now you have proved  you can run 5km, why not sign up to our next virtual event? Sign Up for Five For Fibro which supports More Than Fibro 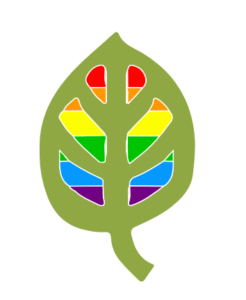