The Show Must Go On

That the Dunky would go ahead wasn’t in question (unlike some events in a different council area!). What state we would be in on the day of the race was dubious.

With the Dunky falling on the last day of the school holiday, it was always going to be tough to squeeze in a family holiday, and the race in the same week. 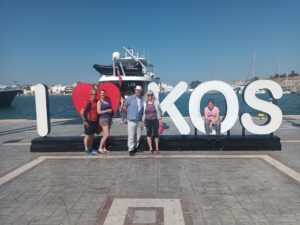 We got home at 3am, and registration opened at 8.30am!

We wouldn’t have managed without the support of amazing friends, Sam and Katy, who were also on standby, and prepped to fulfil the roles of Michelle and I in the event of delayed or cancelled flights. Huge thanks to those guys for allowing the Dunky to proceed seamlessly.

Billed as out flattest and least muddy route – that’s not to say its flat or not muddy – the weather tried its best during the preceding week to make this statement a lie! The heavens were open for several days preceding the race. 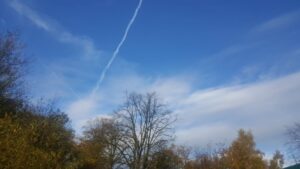 However there was a brief window in the constant westerly deluge, which coincidentally aligned with the race registration and running! Those that lingered to long after the race, soon saw that window of opportune weather slam firmly shut!

Last year’s headwind up the Khyber Pass was no where to be seen. It would be a day for PBs!

With good amounts of standing muddy water, it was going to be a challenge for Michael Devlin to keep his toes dry and legs spatter free! Indeed there weren’t many clean legs crossing the finish line.

Some crazy folk had preceded the Dunky with the Scottish Athletics National Relays, held the day before at Cumbernauld House. Obviously mud lovers!

It was clear early on that this was a Shettleston Harriers in-house fight to the line. Finishing loop one with all four top spots filled with the famous blue and gold. Last year’s women’s winner refused to heed her own medicine, and took part with a heavy chest. Clearly the pressure to defend her title pushing her onto the start line. Still managing a podium spot, Nicola Dawson was supplanted on the top step by a fine performance from Laura Kent, with, LPTR winner, Georgia Freeman-Mills (Cambuslang Harriers) taking the second step. Not happy with crossing the line once and first, Laura Kent ran back out to encourage family members over the line running along shouting encouragement to son, William, and husband, Leslie who crossed the line in 37.08 and 41.25 respectively. A remarkable achievement considering her son is blind and was being guide run by his father! Yes, you read correctly…..beat his dad by 4 minutes. Amazing. 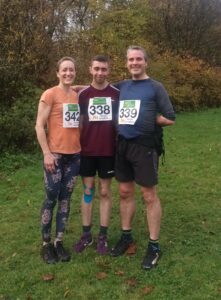 It was great to see returning runners from last year’s Duncan Macfarlane Trail Race. Many taking PBs at the finish line. We hope to see more returnees next year!

Dunky is after all the great-grandfather of Acorn Trails. As Michelle’s grandfather it is wonderful to keep his name alive in a sport which he was well respected and loved to take part. 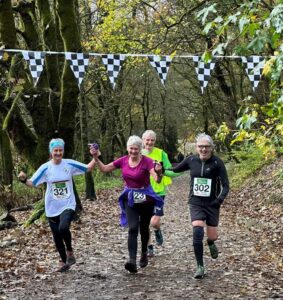 Dunky was a lifetime member of the Woodland Trust, which is why his event supports their work.

He was also a lover of the Scottish Highlands and Islands. We’re using the rewilding donations from the Tee or Tree initiative on this event to support a community led tree planting project on the island of Kerrera (just south of Oban). 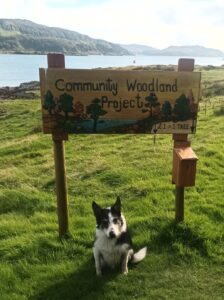 That man Sam again – he was out about the route taking photos. Other hi-viz heroes, Blythe and Wendy added to his haul. Photos can be found on the Acorn Trails Pinboard

Kit For All Project

We were collecting donations of trainers, specifically sizes 1-5.

These will be donated to less fortunate families with children who are starting to run. The MakeDoGrow project is a Glasgow-based social enterprise supporting families through creativity and play, reuse and recycle. This project is part of Sport Scotland’s Kit For All initiative.

Unfortunately Jim the Dog was still on his holidays, missing an Acorn Trails event for the first time!

South By Five is next up for us. A series of six 5km races in 6 different Glasgow South Side parks. This multi terrain series is no parkrun! Although this year, to help folk combat the cost of living crisis, it is free to enter. Find out more and enter at www.entrycentral.com/sx5